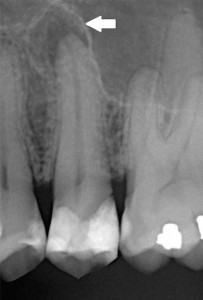 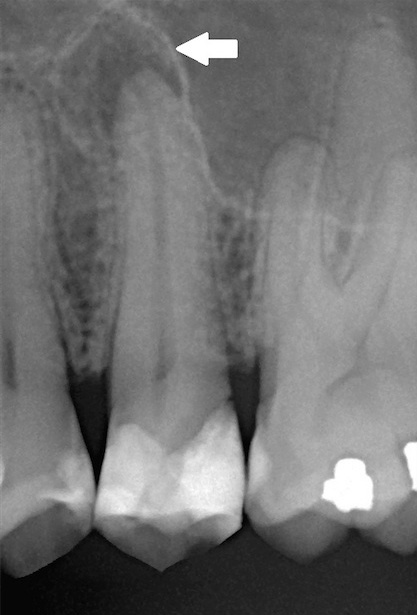 Gingivitis, also generally known as gum disease, begins with bacterial growth in the mouth and may eventually develop into a more serious gum infection called or periodontal disease or periodontitis.  If left untreated, this more advanced condition can result in damage to the soft tissue and deterioration of the bone that supports your teeth, thus ultimately causing tooth loss.  Though gingivitis usually precedes periodontitis, not all gingivitis progresses to periodontitis.  Periodontitis is also linked with an increased risk of heart attack, stroke and other serious health problems.

Researchers at the Peking University School and Hospital of Stomatology in Beijing, China, recently sought to evaluate the potential of antimicrobial photodynamic therapy (PDT) as an adjunct to scaling and root planing (SRP) in the treatment of chronic periodontitis. SRP is a widely regarded as an effective treatment for mild-to-moderate gum disease; it cleans between the gums and the teeth down to the roots.)  In a randomized clinical trial, 90 patients (including 51 females and 39 males) with untreated chronic periodontitis were randomly assigned to receive SRP with PDT (test group) or SRP alone (control group).

Based on months of measurements, the following significant differences were found between the two groups:

The researchers concluded that antimicrobial PDT acts as a beneficial adjunct to SRP in the nonsurgical treatment and management of chronic periodontitis in the short term.  Reporting in the June 2014 online ahead-of-print edition of the Journal of Clinical Periodontology, the authors recommend conducting studies to assess the long-term effectiveness of PDT as an adjunct to SRP.

Another report out of the same Beijing institution recently stated that PDT not only helps eliminate the bacterial infection but also promotes the healing of periodontal tissue. This second study focused on PDT’s favorable effects on human periodontal ligament cells and human gingival fibroblasts as well as other possible mechanisms to promote periodontal healing.  They found that PDT stimulated processes in the ligament cells and fibroblasts that would likely aid in reversing periodontal disease.  This could help expand the scope of PDT’s therapeutic range, as reported online ahead-of-print in the 18 April 2014 issue of Photodiagnosis and Photodynamic Therapy.

Meanwhile, researchers at the School of Dentistry, Paulista University, in São Paulo, Brazil, conducted a randomized clinical trial in order to evaluate the effects of PDT during supportive periodontal therapy.  The study enrolled 22 patients with chronic periodontitis who showed  at least three residual pockets.  The main criterion was a probing depth greater than five millimeters, with bleeding upon probing.  The selected sites of periodontitis within each patient’s mouth randomly received: 1) PDT, 2) photosensitizer, or 3) scaling and root planning (SRP).

Based on assessments done at baseline, and then at three and six months, both PDT and SRP were shown to promote similar improvements in clinical parameters throughout the study; the photosensitizer alone (without light) did not produce a significant improvement.  The PDT treatments also reduced the frequency of P. gingivalis (the main bacterium linked with gum disease) after three and six months, whereas SRP only accomplished this at six months.

In addition, only the PDT protocol resulted in improved levels of anti-inflammatory interleukin (IL-4) and reduced pro-inflammatory interleukins (IL-1β and IL-6) throughout the study.   Though there were no differences in morbidity between the therapies, the need for pain relief was higher in SRP-treated sites.  The scientists concluded that PDT as an exclusive therapy may be considered a non-invasive alternative for treating residual pockets, with substantial benefits in terms of reducing chronic inflammation, as reported online ahead-of-print in the 21 February 2014 Journal of Periodontology.

These days, more and more consumers are becoming aware of the detrimental effects of periodontal disease and tooth loss.  They are seeking out dentists who are doing everything in their power to preserve the natural dentition (tooth structure and integrity) by achieving and maintaining a healthy functional periodontium.  PDT has emerged as among the most useful adjunctive modalities for improving the outcome of periodontal treatment.  This modality has been shown to confer statistically significant clinical benefits when compared to scaling and root planing alone. Thus, in the coming years, we can expect more and more dental clinics to incorporate PDT into their treatment planning and decision making.