Chemotherapy, a major cancer treatment method, is based on administration of chemical substances that usually have cell-killing (cytotoxic) potential. When the drugs are delivered into the circulation, they act directly on tumor cells in every organ of the human body. Chemotherapy is often combined with radiotherapy and surgical treatment, both of which are the local methods of cancer treatment.

The use of chemotherapy may be restricted by a number of factors. First,, because the chemo drugs’ metabolism in malignant and normal cells is similar, the drugs damage both at the same time, and this toxic side effects are common. Second, the malignant cells are often partially or completely resistant to certain chemotherapy regimens. Such chemoresistance may be overcome by combining several drugs with different mechanisms of action, thus improving the overall therapeutic impact. Nevertheless, some tumors may acquire resistance to multiple drugs.

Another strategy to cope with resistance is to administer higher doses of the drugs. Of course, this results in increased toxicity, especially towards the bone marrow. When the bone marrow is damaged, various blood cell counts are reduced, along with immune system functioning. 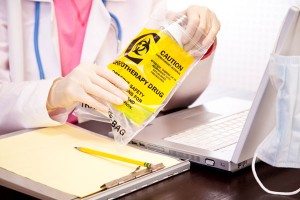 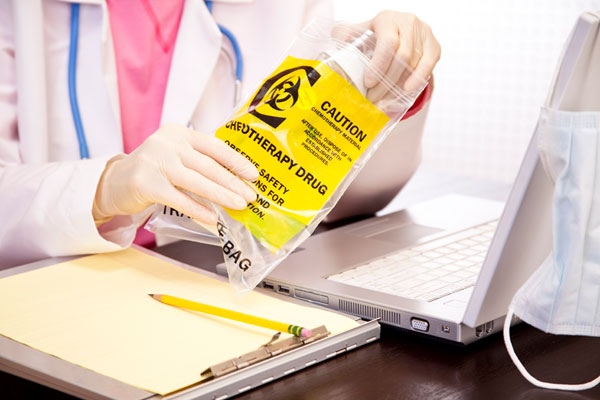 Chemotherapy is used most often in cases when the primary tumor has been removed surgically. This is because some malignant cells may have remained in the blood, either close to the tumor or at distant sites. This approach is called adjuvant chemotherapy and is commonly used for the treatment of malignancies such as breast cancer, colorectal cancer, and childhood cancers.

There are several ways of delivering chemotherapeutic drugs. One of them is intravenous or subcutaneous injections. Much simpler is ingestion of the drugs in liquid or tablet form. This approach allows for the treatment to be carried out on ambulatory basis but is inferior to injections in determining the absorbed dose of the drugs.

The most common strategy is administration of chemotherapy through a central line – usually a catheter, which is inserted into a large vein. The catheter is an indwelling tube that provides direct access for chemotherapeutic drugs into the bloodstream for specific time intervals, depending on the treatment scheme.

The total number of chemotherapy courses varies, usually from four to eight. This treatment must be conducted under close medical supervision on either ambulatory or in-patient basis. In long courses of chemotherapy, the catheter may be connected to a pump, which is attached to the belt or carried in a bag; the pump can administer the drugs on a 24-hour basis.

The Toxic Side of Chemotherapy 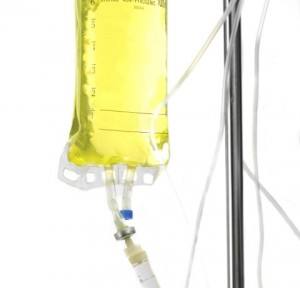 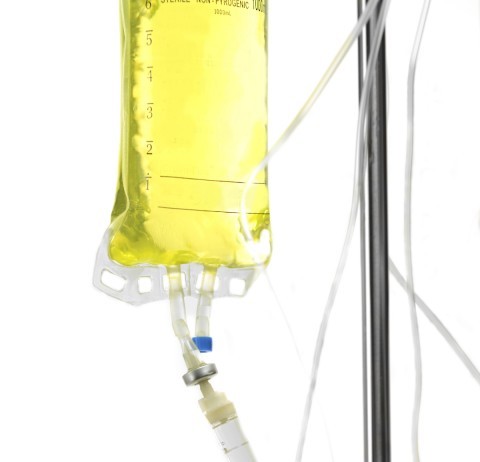 Chemotherapy is accompanied by various side effects, the most common of which include fatigue, nausea, vomiting, hair loss and bone marrow toxicity. The bouts of nausea and vomiting may be treated with different antiemetic drugs. Intensive hair loss may be prevented with half-hour scalp cooling cycles, which prevent damage of the hair follicles with cytostatic drugs.

It is therefore imperative to monitor the patient’s blood profile throughout the courses of chemotherapy. Blood transfusions may need to be performed if the patients’ condition deteriorates.

Chemotherapy may occasionally be accompanied by diarrhea and, less commonly, by constipation. If diarrhea becomes severe, the physician will typically recommend withdrawing the drugs temporarily or reducing the dosage.

Some chemotherapy drugs can adversely affect male fertility and female ovulation, which leads to either transient or permanent infertility. Anticancer drugs may also damage the brain, liver, and kidneys. In the case of kidney damage (necrosis of renal tissue), chemotherapy should be conducted under close monitoring of renal function, and diuretics must be administered if needed. Some chemo drugs impede the functioning of the lower urinary tract, predisposing patients to cystitis (bladder infection).

Long-term and high-dose chemotherapy may be complicated by heart failure. This risk if further amplified if the patient receives radiation treatment to the chest area. Normally, special medicines will be administered to prevent the cardiac toxicity of some chemotherapy drugs.

Finally, there is also concern that some chemotherapy drugs actually may cause or promote cancer after some time period. Such chemo-induced cancer may occur in a small percentage of the patients. Such new cancers are thought to arise more than 10 years after chemotherapy.

Medical scientists have been interested in ways to enhance or potentiate chemotherapy treatments, as this could allow fewer treatment cycles and reduced toxicity. It is hoped that having access to less toxic, more immune-supportive treatments could help save many lives. In this regard, photodynamic therapy, or PDT, is known to synergize with a number of chemotherapy drugs, essentially making them more effective while lowering the overall toxic burden.

In a recent experiment, scientists from the National Research Center in Cairo, Egypt, used the light-sensitizing precursor called 5-Aminolevulinic acid (ALA). This natural substance is metabolized into protoporphyrin IX (PpIX), which preferentially accumulates in tumor cells, resulting in their destruction upon exposure to visible light.

One of the chemotherapy drugs commonly used to treat ovarian cancer (as well as metastatic breast cancer, is Doxil®, a nano-formulation of the drug doxorubicin. The Cairo study found that ALA/PDT had a synergistic effect against breast cancer cells when combined with low doses of Doxil chemotherapy, as reported in the June 2014 issue of Photodiagnosis and Photodynamic Therapy.

Lung cancer is the most commonly diagnosed cancer worldwide (aside from skin cancer). About one in every five cancer deaths—both in Europe and globally—are due to lung cancer.

Lung cancer was one of the first conditions to which PDT was applied in the early 1980s. Initially, only patients with advanced inoperable lung cancer and major obstructions of the airways (bronchial passages) were given the new light-based treatment, the primary goal being the relief of airway obstruction and easing of symptoms. In the past few decades, however, the scope of treatment has broadened, and oncologists have come to accept PDT as a viable option for the treatment of several types of lung cancer.

When it comes to lung cancer, PDT is mainly effective against malignancies that arise in the broncho-pulmonary area or in central airways. These are also classified as bronchogenic carcinomas or central lung cancers. The results have been highly favorable for early-stage squamous-cell lung cancers in this central region of the lungs.

Scientists from First Pavlov State Medical University in Saint-Petersburg, Russia, recently reported on findings from a randomized clinical trial in which they assessed effectiveness and safety of neoadjuvant PDT and chemotherapy as well as possibility for further surgery for locally advanced non-small cell lung cancer (NSCLC). The term neoadjuvant means that the treatments were given before surgery in order to improve the chances of successful surgery. The study enrolled lung cancer patients who were not initially eligible for surgery but might later be considered as surgery candidates following neoadjuvant PDT and chemotherapy.

In this study, patients with stage IIIA and IIIB central NSCLC were randomly assigned to receive either neoadjuvant chemotherapy and endobronchial PDT or chemotherapy alone followed by surgery. PDT was performed with the photosensitizer agent chlorine E6 and laser light before each of the three courses of chemotherapy.

Complete surgical treatments were significantly higher among patients receiving PDT than among those who did not receive PDT. Thus, this clinical trial demonstrated that “neoadjuvant PDT along with chemotherapy is effective, safe and it makes possible to convert to surgery candidates and to improve resection completeness in stage III central NSCLC patients”, as reported in the September 2014 issue of Photodiagnosis and Photodynamic Therapy.

Strong scientific evidence now suggests that a group of biologically unique cells, called cancer stem cells (CSCs), exists within most tumors and may be responsible for tumor growth, progression, metastasis, and even relapse. This unique sub-population of malignant cells usually survives both chemotherapy and radiotherapy, and then plants the seeds for a tumor recurrence later on. Additionally, surgery usually misses some cancer cells, and it is thought that those CSCs that survive after surgery are the ones that eventually spawn a deadly relapse.

As our understanding of CSCs has improved, much research has been directed at therapeutic strategies that could potentially target these cells. Photodynamic therapy, or PDT, is a potentially curative treatment for various types of cancer. This therapy involves the transfer of energy from an excited photosensitizer (light-sensitizing agent) to oxygen molecules in order to produce a singlet oxygen species, which in turn helps destroy malignant cells.

Two recent findings in this exciting field are as follows:

These two important reports suggest that cancer medicine is evolving ways to finally target the CSCs, a population of cancer cells that has greatly limited the efficacy of chemotherapy, radiotherapy, and surgery. If photodynamic methods continue to show effectiveness against this unruly cell population, there may come a day when conventional treatment is considered useless without the addition of this light-based treatment strategy.