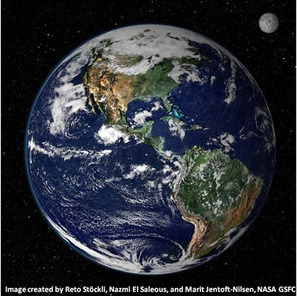 The ongoing mission of Photoimmune Discoveries is to illuminate the marvelous life-saving and life-prolonging potential of Photomedicine (also sometimes referred to as Photodynamic Medicine) while also calling attention to key research projects within this burgeoning medical field.

Through the support of the Natural Health Foundation (NHF), one of our our sister companies has established a patented photodynamic agent called Bremachlorin® (clinically approved in Russia as Radachlorin®). Bremachlorin® has been undergoing a series of studies in the Netherlands as a potential leading-edge cancer medicine, one that will complement the health-promotting effects of a promising dietary supplement called FloraDynamica.

We are very excited about the prospects for introducing such agents, therapies and supplements to health care systems around the world.  To achieve this vision, much research still needs to be done, and our ultimate goal is to create greater awareness as well as opportunities for funding and conducting such research.  Please support us by buying our book, The Medicine of Light, and ebooks from our Photoimmune Discoveries eBook Series.

Leiden University Explores the Combination of Bremachlorin-PDT with Cancer Immunotherapy

Light, in combination with specific photosensitizers, can activate the anti-cancer immune defenses in powerful ways.  The combination of photodynamic therapy (PDT) with immunotherapy may prove to be the ultimate cancer treatment, based on recent studies at Leiden University Medical Center (LUMC). The LUMC approach uses the PDT drug named Bremachlorin, which has been shown to selectively concentrate in tumors. Activation by light results in the tumor’s destruction without harming normal tissues. Moreover PDT also activates the anti-cancer immune defenses in ways that enhance the effects of immunotherapy.

The LUMC scientists found that Bremachlorin-PDT was effective against fast-growing tumors, resulting in significantly improved survival in highly aggressive cancer situations. “Because PDT boosts the immune systems’ ability to recognize tumors as a potential threat, it seems to greatly enhance the effectiveness of cancer immunotherapy,” says Dr. Ferry Ossendorp, an immunologist at LUMC. Ossendorp’s team has successfully combined Bremachlorin-PDT with a vaccine approach that specifically targets certain markers on the tumor’s surface.

“Thanks to the immune system changes brought about by Bremachlorin-PDT, the cancer is not only eliminated but also does not return later on,” Ossendorp says. “That kind of outcome is exactly what you want in a truly successful treatment for cancer.” The LUMC scientists are now in the process of testing the combination of Bremachlorin-PDT and immunotherapy against both large tumors and extensive metastases.

“PDT’s ability to remove or break down tumors, along with its immune-enhancing effects, make it the perfect partner for cancer immunotherapy,” Dr. Ossendorp says. “This combination holds great promise for achieving the long-awaited dream of overcoming deadly, metastatic cancer.”

Veterinary Medicine:  Saving the Lives of Animals with Bremachlorin-PDT

Another major development is the use of PDT to treat animals with cancer in veterinary clinics.  As with humans, malignant tumors are not uncommon in animals.  But whereas such tumors must be artificially induced in the laboratory research setting, they arise naturally in animals in the veterinary clinical setting.  Thus, the real-life conditions of an animal clinic will accurately reflect the biological reality faced by most domestic animals with cancer.

At the Short Acres Animal Clinic and Cancer Center for Animals (Dierenkliniek Korte Akkeren, Kanker Centrum Voor Dieren) in Gouda, the Netherlands, veterinarian Arno Roos is presently recording such observations and has found that, thanks to Bremachlorin-PDT, many animals with far-advanced stage tumors are living one to three years longer than what would be expected with conventional treatment alone. Due to PDT’s lack of side effects, the animals’ physical functioning and overall quality of life is greatly enhanced with Bremachlorin-PDT.  For example, improved urination is seen after PDT for bladder cancer and prostate cancer.  Cancers of the oral cavity and bladder have responded particularly well to PDT.

In addition, Dr. Roos has been surprised by the favorable responses of sarcomas to Bremachlorin-PDT that are highly resistant to conventional treatment. Dr. Roos is presently working in collaboration with Professor Clemens Lowik and his colleagues at Leiden University Medical Center(LUMC) to assess different treatment combinations such as using PDT immediately after surgery to eliminate any residual disease and further improve the chances of extending survival.  In a recent interview, Professor Lowik stated that the observations recorded at the Gouda veterinary clinic corroborate his own findings in the laboratory and further validate the efficacy of Bremachlorin-PDT in cancer therapy.

Immuno-PDT is an exciting treatment strategy that works in part by educating the patient’s immune system to better detect and eliminate cancer cells, including those cells that tend to be resistant to chemotherapy and radiotherapy. In recent laboratory studies, LUMC investigators have found that the immune system response induced by Bremachlorin-PDT not only involves an acute, non-specific inflammatory reaction but also activates specific anticancer immune mechanisms, such as increased numbers of tumor-specific T cells.

The LUMC project is exploring an approach that combines Bremachlorin-based PDT of local tumor masses with systemic immunotherapies aimed at properly stimulating and expanding the tumor-specific T-cell response in order to eradicate any residual tumor cells and distant tumor lesions. Such an innovative approach should be of major interest to oncologists worldwide, as Immuno-PDT could prove instrumental in helping cancer patients secure life-long remissions.  The principal investigators are LUMC’s Ferry Ossendorp, PhD, and Clemens Lowik, PhD, of Erasmus Medical Center in Rotterdam, the Netherlands.

The NHF’s next goal is to obtain funding for a multi-center clinical trial that will focus on Bremachlorin-PDT and create a research bridge between Leiden University Medical Center (LUMC) and the Russian Oncological Scientific Center in Moscow.  By supporting the LUMC-Moscow clinical trial and other studies described below, our hope is to make this revolutionary treatment available throughout the rest of the world.

Innovations in Early Diagnosis of Cancer

It has been said that cancer is far more curable when detected early, before it has a chance to become a highly aggressive disease.  To this end, the NHF is supporting the development of a new photodynamic diagnostic test that involves an innovative MRI contrast agent that selectively accumulates in tumors.   Photodiagnosis strategies have already shown great promise for the detection of a wide range of cancers, especially those that have a high recurrence rate.

The main advantage of using Photodiagnosis is that cancer can be detected sooner, in a non-invasive manner, and that early treatment can then be implemented for maximum benefit.  This approach can be coupled with PDT or surgery (fluorescence-guided surgery) to greatly improve treatment outcomes.

We will frequently post short reports about recent studies of Photodynamic Therapy (PDT) and other light-based therapies in our DISCOVERIES (featured news) section.  Please feel free to refer to this section on a regular basis, so that you can stay abreast of cutting-edge developments in this field.  The NHF will be offering seminars and workshops to educate physicians throughout the world about the power of PDT, PIT, and other innovative therapies.

You can support us by buying our book, The Medicine of Light, as well as our ebooks from the Photoimmune Discoveries eBook Series.  Written for the general public as well as health care professionals, these publications are intended to increase awareness toward the healing powers of light.  Proceeds from the sales of these books will help us to fulfill our mission.