Skin cancer is the most common type of malignant disease diagnosed in horses, accounting for up 80% of all cancers diagnosed. Squamous-cell carcinoma, or SCC, is the second most prevalent form of skin cancer (after sarcoids), typically occurring after the horse reaches nine years of age. Lighter-skinned horses may be more susceptible after chronic exposure to sunlight, and certain breeds (e.g., Belgians, Appaloosas, and Clydesdales) appear to be genetically predisposed to developing SCC tumors. 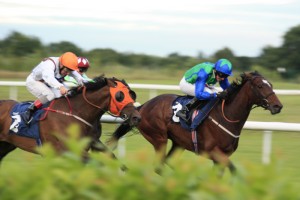 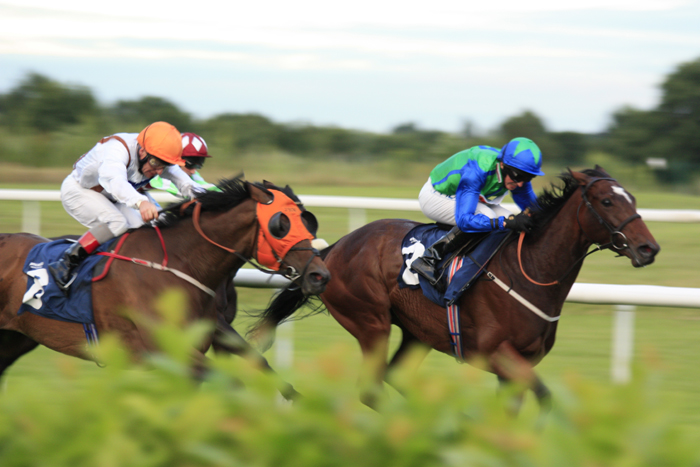 Although this type of skin cancer can occur anywhere on the horse’s body, it tends to show up on non-pigmented skin areas such as the eyelids, as well as around the penis, anus, vulva, lips and nostrils. The eyelid accounts for about half of all SCC cases. When this cancer invades the structures in and around the eye and is left untreated, it may result in pain and blindness for the horse.

Over the past decade,the treatment of SCC tumors in horses has steadily improved, and less invasive treatment strategies have gained increasing recognition. Surgery is less desirable becausee it can lead to loss of the eyelid; and without the eyelid, the eye cannot be saved. Another reason for embracing more conservative, less-invasive treatment strategies is that the skin on the face of the horse adheres tightly to the underlying bone structure. This fact makes certain reconstructive procedures impossible to perform.

In response to these challenges, some veterinarians have turned to photodynamic therapy (PDT), now regarded as a novel cancer therapy in veterinary medicine. Pioneering research in this area has been conducted at two veterinary schools in the United States: The University of Wisconsin’s School of Veterinary Medicine in Madison, Wisconsin, and the University of Missouri’s College of Veterinary Medicine in Columbia, Missouri.

The lead investigator for the study was Elizabeth Giuliano, a Doctor of Veterinary Medicine (DVM) and professor of Comparative Ophthalmology at the University of Missouri. Until she and her colleagues published their first studies, PDT had not been considered a serious alternative to the standard standard method of treatment: surgery followed by either chemotherapy or cryotherapy (freezing).

Giuliano and her colleagues recently studied 24 cases of SCC found in the horse’s eye (a condition technically referred to as equine periocular squamous cell carcinoma). In addition to assessing whether surgery followed by PDT could eliminate the cancer, Giuliano’s team sought to assess whether those horses successfully treated with PDT could go longer without a recurrence when compared to horses undergoing the standard treatment.

Out of the 24 horses included in this study, 14 underwent surgery and cryotherapy, while 10 received the experimental treatment of surgery followed by PDT. The researchers also took into account the tumor location, size, and time to first recurrence. All horses were successfully treated in both groups, with complete elimination of all visible signs of the cancer. The difference between the two groups was only observed in the months following treatment, with a highly significant reduction in recurrences in the PDT group.

Here’s what Dr. Giuliano and her colleagues observed: In the standard treatment group, 79% of the horses later developed a recurrence of the cancer, with most of these relapses occurring at around 10 months. In the PDT group, however, none of the horses had a tumor recurrence following a single treatment, after 25 to 50 months of observation.  These findings were reported in the July 2014 issue of Veterinary Ophthalmology.

It is precisely this type of clinical study that now needs to be done in humans.  Imagine the reduction in human suffering and in the cost of medical care that could result from such a dramatic decrease in cancer recurrences.  The implications may be nothing less than earth-shaking.

Giuliano’s clinical study offers the strongest demonstration yet of PDT’s potential for treating SCC tumors in horses. Though larger studies are certainly warranted, these intial findings indicate that, following surgery, the likelihood of tumor recurrence is greatly reduced with PDT compared with cryotherapy.

In future investigations, Giuliano’s group will not only assess tumor recurrence rates, but also other factors such as the length of hospitalization, total treatment costs, and the number of treatment sessions required to produce a lasting remission. All of these factors will be evaluated in a controlled manner with respect to PDT’s overall efficacy.

Choice of Photosensitizer:  A Key to Therapeutic Success

Along with the considerations mentioned above, the specific photosensitizer chosen for the PDT protocol can have a major impact on the treatment outcomes. In a previous pilot study, using a different photosensitizer (Photochlor®), Dr. Giuliano found that horses remained free of diseasee for 25 to 68 months following the surgery-PDT combination treatment, as reported in the September 2008 issue of Veterinary Ophthalmology.

The amount of time the light-sensitizing agent remains in the tumor and in contact with tumor cells prior to the light application is a crucial factor in determining the response to PDT. Dr. Giuliano’s chosen PDT method is different from other strategies currently used in that the photosensitizing agent is injected directly into the tumor bed rather than having the patient receive a systemic intravenous injection.

The findings from these studies suggest that treatment with laser light immediately after the photosensitizer is injected into the tumor area leads to more effective destruction of the residual cancer cells—that is, those cells that remain in the vicinity after the surgery—than administering cryotherapy or administering laser treatment at later time periods.

READ MORE to learn about a highly versatile and clinically promising photosensitizing agent for cancer PDT.

Another advantage of this particular PDT strategy is that the treatment does not require a waiting period before the actual light treatment. In addition, the horse will not be required to remain in the stable as a consequence of photosensitivity (i.e., excessive sensitivity to sunlight). According to Dr. Giuliano, the clinical advantages of this cancer therapy for horses are far reaching and may allow for treatment of other tumor types as well as other species.  The experience of veterinary clinics thus far indicates that this approach is more effective, requires fewer treatments, entails shorter hospital stays, and enables the preservation of eyelid function. READ MORE about our support for a project related to PDT for cancer in a veterinary clinic.