What’s the number one cause of blindness in people over age 60 living in Europe and North America? The answer is age-related macular degeneration, or AMD, which currently strikes over 50 million people worldwide. Early signs of AMD begin to show up in middle age. By age 80, about one in every four people are affected, with elderly white women being most at risk.

The hallmark of AMD is a fuzziness in the center of the visual field and a steady decline in the ability to see fine details and colors. All these changes are due to damage to the retina, specifically the macula. The macula enables our straight-ahead vision. The famous abstract painter Georgia O’Keefe described her experience of AMD later in life as only being able to see “around the edges” of her eye.

One reason to consider innovative treatment options for AMD is its tendency to worsen over time. Advanced AMD is virtually incurable by conventional means in up to 90% of all patients. Repeated treatments are needed, and yet the disease never goes away. To understand how medicine treats this condition, it is important to understand the different types of AMD. 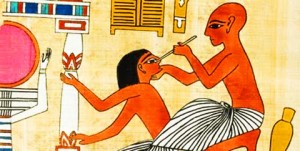 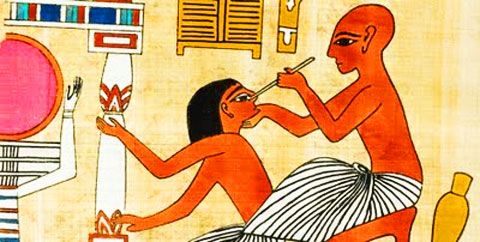 Types of AMD and Their Treatment

Modern medicine currently recognizes two basic types of AMD: a “dry” form and a “wet” form. The dry form of AMD is a chronic disease that usually results in some degree of impaired vision, occasionally progressing to severe blindness. The wet form, on the other hand, appears abruptly and then rapidly progresses to blindness if left untreated. Since most AMD patients develop the dry form first, the wet form typically occurs on a background of dry AMD. Thus the dry form can be considered a risk factor or even a precursor state for wet AMD.

Here we are primarily interested in the wet or late-stage form of AMD. This form is characterized by choroidal neovascularization (CNV), whereby newly formed blood vessels grow towards the outer retina from the underlying structure known as the choroid. These new or immature blood vessels leak fluid below or within the retina. CNV also primarily affects the macula and thus causes a marked decline in visual acuity.

Most cases of the wet form of AMD are classified as neovascular AMD because neovascularization is the central mechanism behind the disease process. If left untreated, this condition may lead to severe blindness with scarring within only a few months.

Treatments for neovascular AMD have logically focused on blocking the processes that drive the formation of new blood vessels. These drugs are often referred to as anti-angiogenic drugs. A major milestone in treatment was the identification of vascular endothelial growth factor (VEGF), a growth factor that stimulates new blood vessel formation and can be targeted for treatment. This has led to the development of anti-VEGF drugs that block or impede angiogenesis.

The idea behind this therapeutic approach is to inject into the eye a molecule capable of capturing and neutralizing VEGF, thus stopping the growth of the immature and leaky blood vessels, as well as restoring the retina’s integrity and, by extension, one’s visual health and functioning. Anti-VEGF therapies have totally revolutionized the therapeutic approach to neovascular AMD. The major limitation is that repeated injections are needed for the rest of one’s life in order to retard the disease or keep it in check.

Another major treatment for neovascular AMD is laser therapy or photocoagulation. In this approach, the physician uses a high-energy laser beam to create tiny burns in areas with abnormal blood vessels. By destroying existing blood vessels, laser therapy may stop the growth of new ones, thus halting or at least slowing the process of vision loss in the early stages of AMD.

Unfortunately, laser treatment leaves a scar that results in a permanent loss of vision in that specific part of the retina. The area is essentially sacrificed in order to preserve the rest of the retina and maintain overall eye function. Although vision usually does not improve following laser therapy, the loss of vision can be halted in approximately half the cases.

In the United States and many EU countries, the standard of care for neovascular AMD includes not only injections of the injections of anti-VEGF drugs, but also the innovative light-based approach known as photodynamic therapy (PDT).   PDT was introduced in the late 1990s as a novel treatment for AMD.

The specific mechanism behind PDT can be summarized as follows: A photosensitizer such as verteporfin (brand name: Visudyne) is administered which then accumulates in the choroidal vessels of the eye. Upon exposure to blue laser light, this agent generates reactive oxygen molecules that trigger a series of mechanisms that ultimately block the blood vessels and impede the neovascularization process.

Note that even though these blood vessels do not grow back, other vessels will still be formed due to continued expression of the growth factor, VEGF. For this reason, PDT treatments must be repeated in order for the treatment benefits to be sustained. This is one of the reasons the medical profession recommends combining PDT with anti-VEGF drugs for the treatment of AMD.

Since the year 2000, millions of PDT treatments have been administered with good results throughout Europe and North America. Many of the current treatment recommendations for PDT are based on the results of two large clinical trials. For this research, thousands of patients were treated worldwide over the course of several years.

Nevertheless, the recent introduction of anti-VEGF therapy is rapidly eclipsing PDT—even though the latter still represents a good first-line treatment option for many people facing this condition.  Indeed, as we will see below, there is increasing evidence that the combination of these two modalities could lead to better long-term outcomes, and with a substantially improved quality of life for those who would otherwise face a life in the dark.

The combination of PDT with anti-VEGF therapy received its initial support from a clinical study at the VMR Institute in Huntington Beach, California (USA). This study focused on the use of PDT in patients with neovascular AMD after at least three courses of standard treatment, which entailed anti-VEGF injections. Visual acuity was checked at regular intervals for six months following a combination of PDT with the standard treatment.

In this study, the combined PDT/anti-VEGF therapy resulted in a significant improvement in vision and other favorable outcomes, as reported in the October 2013 issue of Ophthalmology. Similar findings were reported more recently in a 2014 issue of the Turkish Journal of Medical Science. The combination therapy was found to be more effective and safer than PDT alone for the treatment of AMD. “Combination treatment decreases the frequency and number of treatment sessions for an improved visual prognosis,” the authors concluded.

Several recent studies have provided further evidence for the efficacy of this combined approach. A study at the Macula and Retina Institute in Glendale, California, focused on patients form whom for whom the combination treatment effectively halted the growth of neovascular membranes and the need for further treatments in one or both eyes for at least one year.  This particular research project was more exploratory in nature, and its study design was by no means rigorous.  Nonetheless, some important insights may be gleaned from the study’s findings.

The main finding was that a surprising number of patients receiving the combination therapy went on to show long-term stabilization of their disease. These patients did not have a progression of their AMD, and they were able to maintain adequate vision without the need for frequent, ongoing injections of anti-VEGF drugs. “When compared to indefinite treatment with mostly anti-VEGF injections, combination therapy may also improve a patient’s quality of life by shortening the overall duration of treatment,” the authors stated in the December 2014 issue of Clinical Ophthalmology.

Genetic Predictors of a PDT Response?

AMD is a complex disease that has been linked with multiple genetic and environmental factors. Certain genetic variants may predict a stronger risk of developing the disease. Among these genes are the age-related maculopathy susceptibility 2 (ARMS2) and the high-temperature requirement factor A1 (HTRA1) gene.

A recent study conducted at Johns Hopkins University School of Medicine in Baltimore, Maryland (USA), found that patients with the HTRA1 genotype, along with certain other characteristics, had significantly better outcomes after receiving PDT, as reported in the December 2014 issue of Clinical Ophthalmology.

These findings confirm the results of other studies suggesting that certain genetic factors—in this case, the HTRA1 genotype—may be able to predict a better response to PDT. This could help pave the way for a more individualized approach in which PDT is given stronger consideration as a treatment for AMD.

And On A More Professional Note…

In conclusion, there is ample evidence that PDT may work very well in combination with anti-VEGF therapy. Given that AMD represents the leading cause of blindness amongst the elderly in all large industrialized nations, we expect PDT to continue to serve a key role in helping people fend off this common eye problem.

A recent review of European guidelines for the treatment of AMD—and you may want to consult with your ophthalmologist to clarify each of these specific situations—recommended that PDT be used for the following situations:

Finally, combining the PDT approach with anti-VEGF therapy or other strategies to inhibit angiogenesis may be the best hope for reversing AMD, and ophthalmologists should therefore consider PDT as a viable adjunctive treatment option. Larger clinical trials are being planned and are expected to provide a clearer picture of how this light-based modality can best serve individuals who are suffering from neovascular AMD.