Patients with advanced lung cancer frequently suffer from an inability to breathe freely due to blockage of the central airways. About one in three lung cancer patients will develop this problem, which is technically referred to as central airway obstruction. The incidence of this disorder appears to be rising because of the epidemic of lung cancer.

If early-stage lung cancer of the airways (also called central lung cancer) is left untreated, death from suffocation will frequently result. Although management of these patients is difficult, there is increasing hope that airway obstruction can be effectively relieved or reversed using photodynamic therapy, or PDT.

It is well established that PDT can be curative for central lung cancer. For localized cancer (carcinoma in situ), the complete remission rate may be as high as 83% following PDT. For this reason, PDT offers an extremely attractive option for treating patients who are not good candidates for surgery (such as the elderly, patients in poor health, or those who cannot tolerate general anesthesia). 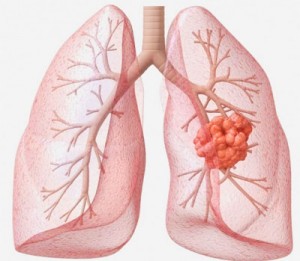 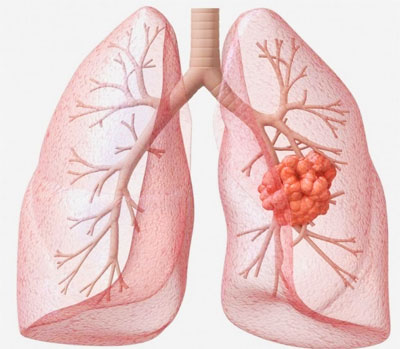 Evidence from a Korean Study

In a small pilot clinical trial in Korea, advanced lung cancerr patients with central airway obstruction received the photosensitizer Bremachlorin® before undergoing laser treatment day. All ten of the patients in this pilot study showed some relief of the airway obstruction.

The researchers concludedt that Bremachlorin-PDT is a safe and effective treatment for relieving central airway obstruction in advanced non-small cell lung cancer. In The Medicine of Light, you can read about this and other photosensitizing agents that offer tremendous promise for the future treatment of central lung cancer and other hard-to-treat cancers.

PDT is a clinically approved treatment for central lung cancer in the United States and many European countries.  This approach enables complete healing of the central airways, with minimal risk of complications.  Side effects are few and include bleeding and airway obstruction from the blood and tumor as it’s breaking down (necrosis).  These side effects can be minimized with appropriate medical care.

The major benefit of Bremachlorin-PDT is that it can easily be applied in lung cancer patients who are not candidates for surgery or general anesthesia.  Unlike other photosensitizers, Bremachlorin is virtually free of side effects and has much better uptake and retention by tumors.