Lung cancer is the leading cause of cancer mortality in Europe, accounting for one out of every five cancer-related deaths. Due to its relationship to tobacco use, many early-stage lung cancer patients also show seriously impaired lung function. Surgery may be contraindicated for some of these patients because it increases the likelihood that they will later need chronic mechanical ventilation (a machine that generates a controlled flow of air into a patient’s airways).

Moreover, up to 10 percent of lung cancer patients who are treated successfully with surgery will later develop a second primary lung cancer. For these unfortunate individuals, a second surgery may not be an option, and non-surgical therapies that target the cancer while sparing normal lung tissue are urgently needed.

Over the past two decades, such non-surgical therapies for lung cancer have grown increasingly sophisticated. Among the proven lung-sparing strategies are endoscopic laser therapy and photodynamic therapy (PDT). These treatments are specifically recommended for patients with cancer in the bronchi or central airways (also referred to as endobronchial disease). At least half of all lung cancer patients will have some evidence of cancer in this part of the respiratory tract. 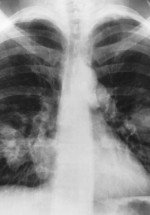 People with lung cancer in the central airways often have bulky tumors, which means tumors measuring 10 centimeters in diameter or larger. Since these tumors can block the bronchi, they can seriously limit breahing. Not suprisingly, these bulky lung tumors generally carry a poor prognosis.

Unfortunately, most of the estimated two million new cases of lung cancer diagnosed each year worldwide will be in an advanced stage. Although PDT is not considered a definitive “curative” therapy for these advanced cases, it often relieves the strangling sensation produced by a bulky tumor’s blockage of the airways.

This means that PDT can provide major relief of symptoms, such as coughing and shortness of breath. Many patients with advanced-stage lung cancer may benefit from PDT as part of the management of their disease.   Such a non-surgical strategy can greatly improve the patient’s quality of life. 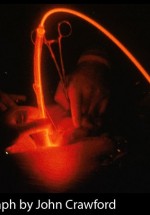 PDT entails the administration and activation of photosensitizing agents in cancer tissues to trigger the production of reactive oxygen molecules in the presence of light. This so-called photochemical reaction ultimately kills the tumor and can also help activate the anti-cancer immune defenses. The best photosensitizers will accumulate in the tumor while being rapidly excreted from normal, healthy tissues.

As an example of the logic of PDT, recent studies at the First Affiliated Hospital of Hebei North University in Zhangjiakou, China, focused on PDT’s ability to kill lung cancer cells, using a photosensitizer that is abbreviated as DTPP. The researchers found that DTPP-PDT had a very significant killing impact on lung cancer, while no effect on the lung cancer cells was observed with either light treatment or the photosensitizer alone, as reported in the January 2015 issue of Lasers in Medical Science.

In another recent study, scientists at the University of Waterloo in Ontario (Canada), focused on MPPa, a second-generation photosensitizer derived from chlorophyll a. They were able to show that MPPa, when activated by laser light, had substantial ability to kill chemotherapy-resistant human lung cancer cells. Even at relatively a low doses of light, the researchers observed very effective killing of the lung cancer cells. Such findings are remarkable given that chemotherapy resistance is so common in patients with advanced-stage lung cancer.

The Waterloo study’s results may suggest that MPPa-PDT could offer a potential treatment for difficult-to-treat lung tumors—especially those that fail to respond to conventional chemotherapy, as reported in the 5 March 2015 Journal of Photochemistry & Photobiology B. Of course, such studies provide only preliminary forms of evidence and cannot be used to guide clinical decision-making for people with lung cancer. Such guidance can only come from clinical research. 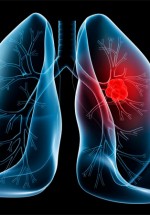 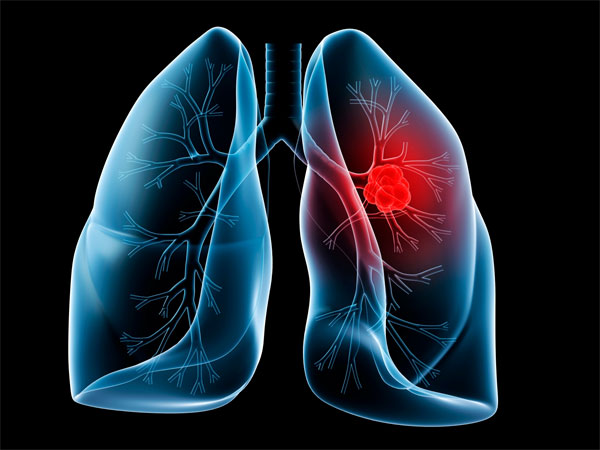 This brings us to the most recent clinical study of PDT for patients with lung cancer. Scientists from First Pavlov State Medical University in Saint-Petersburg, Russia, reported on a randomized clinical trial focusing on the safety and effectiveness of neoadjuvant PDT (that is, around the time of surgery) and chemotherapy as well as the possibility for further surgery for locally advanced non-small cell lung cancer.

This study enrolled 42 lung cancer patients who had stage IIIA or IIIB central lung cancer—that is, evidence of cancer in the central airways including the bronchi and part of the trachea (windpipe). For various reasons, these patients were not initially eligible for surgery but could be considered candidates for surgery following the neoadjuvant therapy.

The patients were randomly assigned to receive either neoadjuvant chemotherapy and PDT, or chemotherapy alone followed by surgery. Laser-PDT was performed with the photosensitizing agent chlorin E6 before each of the three courses of chemotherapy. There were 21 patients in each of the two treatment groups.

The Russian study demonstrates that neoadjuvant PDT along with chemotherapy is both safe and effective, and it increass the likelihood of having a successful surgery in stage III patients with central non-small cell lung cancer, as reported in the September 2014 issue of Photodiagnosis and Photodynamic Therapy.

In previous Discoveries articles, we have also explored the possibilty that Bremachlorin-PDT could be effective against lung cancer. We encourage you to look at the evidence for this photosensitizer, as it seems to show an exceptional ability to enter tumor cells, to limit the tumor’s blood supply, and to bolster the anti-cancer immune defenses as well.