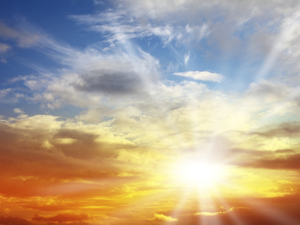 Actinic Keratosis, or AK, is a common and benign skin problem linked with chronic, long-term sun exposure.  The small, rough reddish patches that characterize AK are often referred to as “sun spots”.  This condition is usually observed in people over age 50 and occurs primarily in fair-skinned people who have one ore more of the following attributes:

Around the world, the population most at risk of developing AK is elderly people with European ancestry and a history of spending a great deal of time outdoors. A recent study in Rotterdam (The Netherlands) found that 38% of elderly Dutch people had AK. In other studies, AK was found in 40% of older adults from the United States and in 50-60% of elderly individuals in Australia.

The main concern is that this these individuals will be at greater risk of developing a type of skin cancer called invasive cutaneous squamous cell carcinoma. An estimated 20% of AK cases will eventually develop this disease, which happens to be the second most common form of skin cancer after basal cell carcinoma.

Given the high prevalence of AK in Australia, Europe and North America, it is understandable that so much research would be directed at optimizing treatment strategies.  The most popular treatments are cryotherapy and photodynamic therapy (PDT).  Cryotherapy employs the freezing of diseased tissue to destroy it.  PDT, by contrast, entails the use of a photosensitizing agent and light source to eliminate the abnormal cells.

PDT’s Superior Efficacy for the Treatment of Actinic Keratosis

It has been at least 15 years since the U.S. Food and Drug Administration approved the use of PDT for the treatment of  AK.  PDT is administered with a topical cream that contains a light-sensitizing compound—the photosensitizer.   The classic choices for photosensitizer creams have been either 5-aminolevulinic acid (5-ALA) or its more active version, methyl aminolevulinate (MAL).

In the classic protocol for treating AK, the photosensitizer is applied and kept covered for a specified period of time that will depend on the photosensitizer. For 5-ALA, this timeframe is four to six hours or more, while for MAL it is three hours. After incubation, the target area of skin is exposed to an appropriate source of light. In some cases, the patient may experience pain during the light treatment, and pain-killing medication (analgesics) may be required.

What follows is a brief summary of several recent scientific reports on the use of PDT for AK:

Despite these favorable findings, the implementation of PDT can pose several challenges for dermatology clinics. The first challenge, as alluded to above, is that PDT can result in excessive sensitivity of the skin to sunlight (photosensitivity), with painful irritation that sometimes lasts for days or even weeks. Two other challenges are that PDT is more expensive and more time-consuming than cryotherapy as a treatment for AK. These factors have been deterrents to the widespread use of PDT.

On the flip side, with the right treatment approach—that is, selecting the proper photosensitizer, light, dosing schedule, and so forth—PDT can be administered in ways that do not result in photosensitivity. At the same time, the rejuvenating effects of the treatment can make it an attractive option to patients because of the “added value” of the anti-aging effects. Any cosmetic benefit obtained in the course of treatment is bound to be of interest to the ever-expanding aging population.

In Part 2, we’ll look at some of the ways that PDT is evolving and why it may be on track to gain widespread acceptance in the very near future.

Lui H. Photodynamic Therapy for Actinic Keratoses: Aren’t We There Yet? JAMA Dermatol. 2014 Aug 27. [Epub ahead of print]

Willey A, Anderson RR, Sakamoto FH. Temperature-Modulated Photodynamic Therapy for the Treatment of Actinic Keratosis on the Extremities: A Pilot Study. Dermatol Surg. 2014 Sep 9. [Epub ahead of print]

Patel G, Armstrong AW, Eisen DB. Efficacy of Photodynamic Therapy vs Other Interventions in Randomized Clinical Trials for the Treatment of Actinic Keratoses: A Systematic Review and Meta-analysis. JAMA Dermatol. 2014 Aug 27. [Epub ahead of print]