Cancer is a disease that seems to thrive under low oxygen conditions. Interestingly, chemotherapy and radiotherapy are least effective in treating tumors that have regions of hypoxia (lack of oxygen). In hyperbaric oxygen therapy, you breathe in pure oxygen while reclining in a sealed chamber that is pressurized above normal atmospheric pressure. This “pressurized oxygen” can enhance the effectiveness of both radiotherapy and chemotherapy. 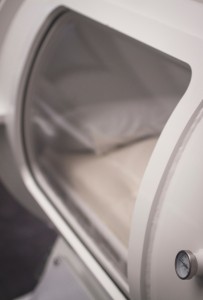 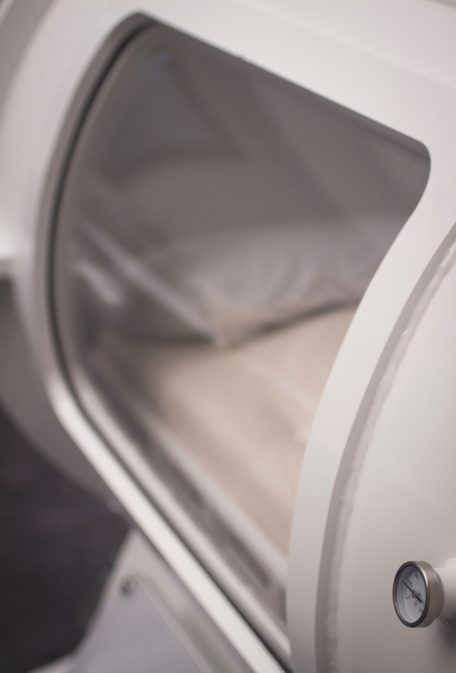 Hyperbaric oxygen therapy also may have direct tumor-killling effects, since it raises levels of reactive oxygen compounds that damage the tumor. Some researchers have proposed that this approach could be effective against leukemia and cancers of the breast, prostate, head & neck, lung, bladder, and brain (malignant gliomas). However, more studies are needed to determine whether hyperbaric oxygen therapy can be used on a stand-alone basis. For now, it seems wisest to use this strategy in conjunction with other modalities, including mainstream cancer therapies.

One promising angle is to combine hyperbaric oxygen therapy with either PDT or Immuno-PDT, since hyper-oxygenation has been shown to enhance the cancer-killing effects of PDT.  For some advanced-stage cancers (e.g., lung cancer or esophageal cancer), PDT may be given during hyperbaric oxygen treatment to help amplify the therapeutic effects.   For patients with locally advanced mesothelioma, the best hope may be to first undergo surgery—or more technically speaking, surgical debulking—and then use PDT during hyperbaric therapy.