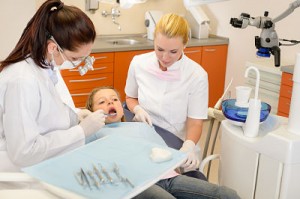 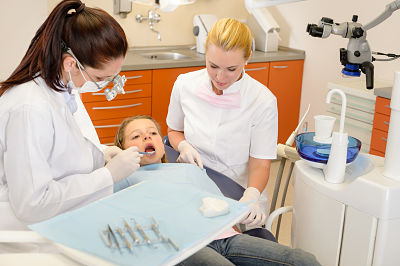 What is the most common disease in the world? The answer is dental caries, more commonly known as cavities.  These are spaces that form within the teeth as a result of the destructive activities of certain microbes living in the mouth. Left untreated, such cavities eventually can give way to more serious dental problems, namely periodontal disease and even tooth loss.

To understand how dental caries form, it is helpful to learn a bit about the bacteria that cause this problem. The average human mouth is colonized by 200 to 300 different species of bacteria. A small number of these species participate in the processes of dental decay and periodontal disease. The acids produced by the bacteria are, in a nutshell, what fuel the formation of cavities.

A bacterial species called streptococcus mutans (S. mutans) is the primary cause of dental decay. These and other acid-producing microbes stick to the tooth surface in bacterial communities known as dental plaque. After you consume foods containing fermentable carbohydrates, the plaque bacteria generate more acid, and thus more minerals are lost from the teeth over time.

Examples of fermentable carbohydrates are as follows: (1) sucrose, which is highest in refined table sugar and found in many baked goods, sweets, candies and processed foods; (2) fructose, or fruit sugar, found in fruits, vegetables, and honey; (3) fructans, found in cereals, breads and pasta; (4) galactans, found in beans and other legumes; (5) polyols, found in certain fruits, such as apples, plums, pears, and peaches; and (6) lactose, found in milk and products made with milk.  Of all these carb types, sucrose appears to be the most fermentable and thus has the greatest cavity-forming (cariogenic) potential.

If the highly fermentable carbs are consumed too often without regularly brushing the teeth and flossing as well, the mouth’s internal environment becomes more acidic, resulting in larger and more frequent cavities. Children are much more vulnerable to these tooth-degrading effects than adults. This is why children typically need to see the dentist or oral hygienist more often compared to adults.

What about using antibiotics, since those medicines are known to kill bacteria in general?  Unfortunately, S. mutans and other tooth-eroding bacteria are highly resistant to antibiotics. This is largely due to their ability to form dental plaque on tooth surface. This plaque, also known as a biofilm, essentially results in a special coating on the tooth’s surface. Biofilm cells can be up to a thousand-fold more resistant to antibiotics, making it extremely hard to treat S. mutans with the “magic bullet” approach that has been the main anti-bacterial strategy since the early 1940s.

Photodynamic Therapy to the Rescue

The good news is that we now have promising non-toxic strategies for eliminating these pesky plaque-producing bacteria. The best of these is photodynamic therapy or PDT. With respect to killing bacteria, this approach is also known as photodynamic inactivation or photodynamic antimicrobial chemotherapy (PACT).

At the core of every phodynamic approach is the use of a light-sensitizing substance, or photosensitizer, which accumulates preferentially in the abnormal cells—such as the bacteria that form plaque on the teeth. Upon exposure to a specific light source, the photosensitizer undergoes reactions that lead to the destruction of the infectious microbes.

Researchers from the Federal University of Ceará’s School of Pharmacy, Dentistry and Nursing in Ceará, Brazil, recently investigated the effect of PDT against S. mutans and several other cavity-creating  microbes, namely  Staphylococcus aureus, Escherichia coli, Pseudomonas aeruginosa, and Candida albicans. Each of these was found to create biofilms on acrylic resin specimens that serves as a model for the teeth.

In this study, the PDT strategy involved a cheap photosensitizer known as methylene blue. The biofilm was then exposed to a light-emitting-diode, and the specimens were randomly divided into various groups treated with varying intensities of light.

The Ceará scientists found that PDT was most effective in reducing E coli counts on the biofilms and only moderately effective for P. aeruginosa and C albicans. The inhibition of bacterial growth was greatest for higher intensities of light energy provided by the light-emitting diode, as reported in the September 2014 Journal of Prosthetic Dentistry.

Curcumin’s Potential as a Photosensitizer

One of the main challenges of carrying out photomedicine research is that so many different factors can be modified within each PDT treatment protocol. One of the most critical considerations is the choice of a photosensitizer. As noted in the preceding section, the Ceará researchers were using a cheap (and old) photosensitizer called methylene blue. That strategy eliminated some of the microbes but was largely ineffective against the most troublesome of the plaque-forming bacteria, Streptococcus mutans (S. mutans).

Another inexpensive option is to use curcumin, which comes from the East Indian spice turmeric. Researchers from the Araraquara Dental School in Araraquara, Sao Paulo (Brazil), sought to investigate the photodynamic antimicrobial effect of using low concentrations of curcumin and toluidine blue on S. mutans colonies, all of which were exposed to white light for up to five minutes.

Compared to the control group (i.e., no treatment), the groups treated with the photodynamic approach showed a greater than five-fold reduction in bacterial counts. In contrast, no bacteria-killing effect occurred for those bacteria treated with either light or the photosensitizer alone (without light). The researchers concluded that the combination of low-dose curcumin with white light was effective in killing S. mutans and could prove to be an effective option for curbing dental decay, as published in the March 2014 issue of Photomedicine and Laser Surgery.

In a separate set of studies, researchers from the University of Geneva (Switzerland) explored the effects of blue light-activated curcumin on the viability of the S. mutans microbes and to evaluate curcumin as a potential PDT agent for halting for the formation of dental caries.  The investigators cultured S. mutans on hydroxyapatite disks, a well-established experimental model for human teeth. These cultures were either in free form (planktonic culture) or in the form of a plaque (biofilm culture). The researchers then incubated the cultures for 5 or 10 minutes with curcumin prior to blue light activation.

In Part 2, we will consider two other photosensitizers that have begun to attract the attention of research scientists. One of these is Bremachlorin®, a photosensitizer that has been shown in clinical trials to have very low toxicity in the dark and to be eliminated much more rapidly from the body. This agent is activated by relatively long wavelengths of light and shows a very strong ability to kill abnormal cells.  READ MORE...