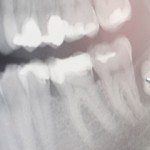 Root canal treatment is a great example of how dental health and overall health are intimately connected.  A root canal refers to the natural cavity within the center of the tooth that contains the soft area known as the pulp. The nerve within the pulp can become irritated, inflamed, and infected due to deep decay. Other causes can include repeated dental procedures on a tooth, as well as having large fillings, trauma to the face, or a crack or chip in the tooth.

The multiplication of bacteria within the tooth’s pulp leads to the formation of a pus-filled pocket, or abscess, at the end of the roots of the tooth. This infection in the root canal can result in bone loss around the tip of the root. In many cases there is also considerable swelling that affects the face, neck, or head.

“Getting a root canal” means that the dental professional removes the pulp and the nerve within the pulp chamber. At the same time, the inside of the tooth is cleaned and sealed. Without performing such a procedure, the tissue surrounding the tooth tends to become infected and abscesses may form. Several studies have led to concerns that infections may spread from root canaled teeth and increase the risk of heart disease and possibly other diseases.

In order for root canal treatment to be successful, the area within and around the pulp must be effectively disinfected. Photodynamic therapy (PDT) has been proposed as a new method for further enhancing this disinfection process and thus potentially improving treatment outcomes.

Researchers at the University of Texas Health Science Center at San Antonio (Texas, USA) recently conducted a systematic review in order to assess PDT’s potential ability to reduce the bacterial load during root canal disinfection. All studies included in this analysis showed a favorable effect of PDT in terms of reducing the microbial load in root canal treatment, with benefits ranging from 91% to 100%.

Though more research is needed, this review concluded that “PDT may have efficacy for additional root canal disinfection, especially in the presence of multi-drug-resistant bacteria,” as reported in July 2014 Journal of Endodontics.

Last year, scientists at the Qassim University’s College of Dentistry in Qassim, Saudi Arabia, identified 12 studies in which PDT was found to be effective in eliminating the bacterium known as Enterococcus faecalis (E. faecalis) from infected root canals. However, they also found four studies in which conventional irrigation and instrumentation was able to kill E. faecalis in a more efficient manner compared to PDT. One study reported PDT and conventional root canal treatment to be equally effective in eliminating E. faecalis from infected root canals.

At this time, a number of studies have reported that low-energy laser PDT can result in significant disinfection of the root canals. As reported in the May 2014 issue of Clinical, Cosmetic and Investigational Dentistry, more clinical research is needed in order to show whether laser PDT should be used in root canal (endodontic) treatment.

Given that PDT is an effective non-surgical way to knock out bacterial infections, and that it may also stimulate the body’s immune system against the infection, this treatment would seem to hold considerable promise for improving the efficacy of root canal treatment and reducing potential disease-related risks, such as heart disease.