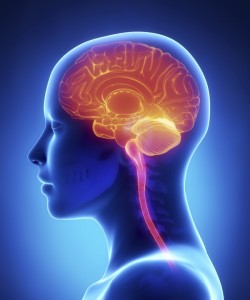 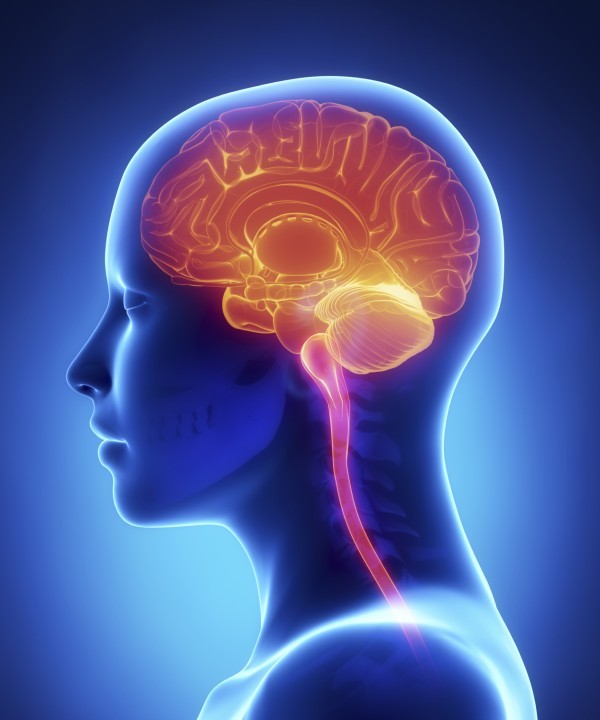 Brain cancer surgery often results in damage to the brain. But with the help of a light-sensitizing agent that concentrates in the malignant tissue, the surgeon can readily excise tumors without damaging healthy brain tissue, and photodynamic therapy (PDT) can be used to eradicate cancer cells that remains after surgery.

When oncologists speak about brain cancer, they’re usually referring to gliomas, the most common type of brain tumors. These account for about six out of every ten primary malignant brain tumors, and they tend to be highly invasive. Brain tumors are also the second most common type of cancer diagnosed in children, though these tumors behave much less aggressively than those occurring in adulthood.

Conventional treatment for brain tumors usually consists of surgery followed by radiation. To be successful, the surgeon must completely remove the tumor while also seeking to minimize damage to the surrounding normal areas of the brain. Alas, complete removal of the tumor is technically not feasible due to the tumor’s tendency to invade normal brain tissue. Cutting into the normal tissue can result in substantial harm to the brain.

In some situations, newer surgical techniques such as lasers may be tried. More advanced forms of laser therapy involve the use of photosensitizers, light-sensitizing agents that render the tumor-killing effects of the laser treatments far more selective. A number of clinical trials have demonstrated the therapeutic benefits of this photodynamic approach for patients with gliomas.

Seeing the Cancer for Better Treatment

Is it feasible for the surgeon to actually see what he or she is doing when trying to remove a brain tumor, and moreover to clearly distinguish the cancer from the surrounding normal brain tissue?

The answer to these questions is a resounding yes! The approach known as fluorescence-guided surgery (FGS) uses a photosensitizer to illuminate or “light up” any malignant tissue during the operation. The use of fluorescence helps the surgeon visualize the tumor and thus avoid cutting and damaging the brain’s normal tissue in the process.

A fairly standard example of an FGS protocol uses the photosensitizing agent, 5-aminolevulinic acid followed by a blue-violet light treatment. With this strategy, the cancerous tissue will glow red or dark orange, while the normal brain tissue will have a bluish glow.

This dramatic contrast in colors enables the surgeon to clearly see and then remove the malignant tissue, with a much smaller chance of removing or damaging healthy tissue. If any tumor tissue is too difficult to cut out (excise), it can then be treated with either PDT or radiotherapy.

With this innovative strategy, surgeons can also identify and remove smaller tumors that could otherwise be missed. They can easily see clusters of cancer cells as small as one-tenth of a millimeter, as opposed to the average minimal cluster size of 3 millimeters based on current methods of visual and tactile detection.

Some oncologists and radiologists may argue that magnetic resonance imaging (MRI) offers a reliable way to detect smaller brain tumors. It is true that MRI-guided neurosurgery has improved the prospects for complete resection for advanced glioma patients. Unfortunately, the cost of performing MRIs during surgery is extremely high.

Research indicates that FGS for brain tumors may be superior to the MRI strategy on the grounds of both cost and efficacy. Brain surgery guided by 5-ALA fluorescence entails a moderate increase in hospital costs compared to current surgical practice and can be considered a cost-effective innovation. On this website, we’ll feature a number of news articles on the subject of FGS in our “Discoveries” section.

FGS is certainly a major step in the right direction. Nonetheless, it still relies solely on surgery to get the job done, and surgery continues to have major limitations—such as the inability to cut away the finer infiltrations of cancer that have entered the normal tissue.

As we noted above, the complete removal of the tumor mass is the most critical predictor of survival for patients with advanced brain tumors. A near 80% resection of the tumor can prolong survival for these patients, but even this goal can be difficult to attain with FGS alone.

A better strategy may be to combine FGS with photodynamic therapy (PDT). The basic approach involves removing most of the tumor with FGS. After this, the neurosurgeon utilizes a laser fiberoptic to illuminate the tissue, which has been infused with the photosensitizer. At the proper laser dose, any remaining cancer cells in those tissues will “light up” and be destroyed.

A number of clinical trials have begun to assess the usefulness of FGS interspersed with PDT treatments. Some neuroscientists in the field of Photomedicine contend that this integrated approach offers the greatest promise for treating advanced, recurrent cases of high-grade gliomas, the most lethal of all brain tumors. In the future, it may be possible to insert a fiberoptic laser through a tiny hole in the skull, guided by MRI, in order to treat small tumors with PDT alone.

Using Light to Overcome the Most Deadly Brain Tumors

For oncologists treating brain cancer, the number one challenge is the high-grade glioma known as glioblastoma multiforme, or GBM. This highly aggressive form of brain cancer has been increasing in incidence among the elderly. Nearly half of all cases occur in people over age 65, and survival diminishes with increasing age. The average survival time is only about one year.

According to neurosurgeon John Wolbers of Erasmus University Medical Centre in Rotterdam, The Netherlands, the innovative combination of FGS with PDT “has the potential to revolutionize neurosurgery” [Chinese Journal of Cancer, January 2014]. Dr. Wolbers suggests that the ideal approach to the most aggressive gliomas entails a blending of photodiagnosis, photodynamic therapy (PDT), and neurosurgery.

Along these more technical lines, French scientists recently proposed that PDT may “…fill the need for a targeted treatment that may reduce recurrence and extend survival with minimal side effects,” as reported in the March 2014 issue of Cancer Treatment Reviews.

Photoimmune Discoveries is dedicated to informing the general public and medical profession about these types of leading-edge medical advances. One of our goals is to help introduce more promising strategies, such as Bremachlorin-PDT, to the Western world.

Support us by buying our book The Medicine of Light as well as ebooks from our Photoimmune Discoveries eBook Series.