No two tumors are alike.  Differences in the molecular make-up of the tumor tissue are what make each tumor unique—even among tumors of the same general type (for example, lung tumors) within the same body.  For this reason, any two patients can have the same diagnosis in terms of the cancer’s stage and grade (for example, a Stage III-B Malignant Melanoma), and yet their tumors will be quite different on the molecular level.

Many specific molecules are known to be involved in cancer cell growth and survival.  Molecular-targeting therapy (also called targeted molecular therapy) may be understood as a personalized medical approach that treats cancer by altering specific molecular processes that drive the growth and progression of cancer. Since the same types of cancer will have different molecular targets, this approach is thought to be far more specific compared to other conventional treatments, namely chemotherapy and radiotherapy. 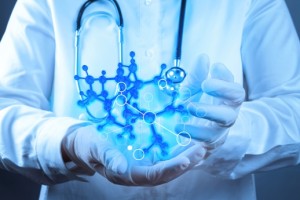 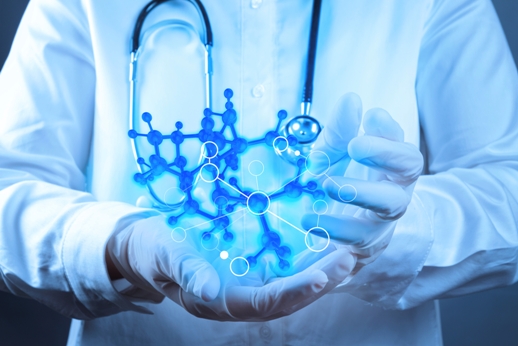 Molecular targets are well established for some cancers, and in others they are still in the process of being identified. In order to identify the molecular targets in any given individual’s cancer, your oncologist will need to work closely with a pathologist to carefully analyze the cancer’s molecular characteristics. This approach is thought to enable medical oncologists to better customize the cancer therapy.

Among the advantages of molecular-targeted drug therapy are the following:

The majority of molecular-targeting therapies are either monoclonal antibodies or small molecules. Monoclonal antibodies are relatively large molecules and generally cannot enter cells; these are used only for targets that are outside the cells, such as on the cell membrane. In contrast, the small-molecule agents tend to be designed for targets that are located within the cell because such drugs are able to enter cells with relative ease.

Some examples of this targeted approach to therapy include the following:

The use of molecular-targeting drugs represents a novel approach to squamous cell carcinomas in the head and neck region (HNSCC). Much research in this area has focused on cetuximab and other epidermal growth factor receptor (EGFR) inhibitors. Cetuximab has been evaluated clinically in combination with radiotherapy, chemo-radiotherapy, and induction chemotherapies for HNSCC. The drug’s ability to increase the overall survival rates without raising toxicity levels has made it an attractive therapeutic option.

Other biological agents of interest include the tyrosine kinase inhibitors Gefinitib and Erlotinib, and these have also been show to improve disease control rates when used with chemotherapy. An area of untapped research potential is to explore possible combinations of these drugs with PDT or Immuno-PDT.

The objective of such research would be to determine whether EGFR inhibitors and tyrosine kinase inhibitors could improve the long-term outcomes of immuno-PDT in the case of recurrent or metastatic head and neck cancers. By attacking HNSCC from multiple angles, it is hoped that more effective control and eradication of the disease can be accomplished.

Along similar lines, PDT could be combined with molecular-targeting drugs to inhibit angiogenesis. This process of new blood vessel formation is essential for tumor growth, invasion, and metastasis. Many anti-angiogenic drugs have been identified that show activity against a wide variety of tumor types, and efforts are ongoing to better understand these mechanisms and how to integrate anti-angiogenesis strategies into a comprehensive treatment approach for HNSCC.

Because angiogenesis has a definite role in HNSCC progression, and given the common problem of resistance to drugs and radiotherapy, many clinical trials have been conducted with anti-angiogenic agents for HNSCC.  To date, anti-angiogenic therapy has shown limited efficacy. Nevertheless, it is possible that its efficacy could be improved with the addition of PDT or immuno-PDT.  Recent studies indicate that combining PDT with the anti-angiogenic drug Avastin results in a synergistic inhibition of tumor growth, as reported in the February 2010 Journal of Biomedical Optics.

In summary, every individual harbors a cancer that has a unique constellation of characteristics based on the molecular patterns or configurations of each tumor. Each cancer is thought to develop in unique ways in every person, and thus the targeted therapy is said to be personalized to the individual. Molecular-targeting drugs are designed to block or disrupt specific biochemical pathways that are pivotal to the growth of that particular cancer.  PDT may further enhance the effectiveness of molecular-targeting therapy.